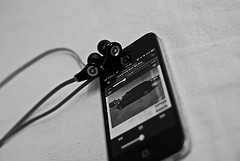 Is this the saviour of Hip Hop?

There hasn’t been much rain on New York City this Winter. But on this particular February night, it was absolutely pouring. I jumped out of the cab at the front of the Roseland Ballroom, a grimey concert venue just off Times Square, to find myself amongst absolute anarchy- a traffic jungle of tinted cars booming out bass, cabs horning and trying to shuffle in and out, and hoodlums spilling all over the sidewalks and street.

We eventually spent most of the night at the bar, and saw perhaps half an hour of this little master on stage. But what occurred to me most amidst all this hype and chaos, was that Hip Hop music was almost certainly at a turning point.

I was initially resistant to pick up Kendrick’s now insta-classic album, Good Kid M.A.A.D City, mainly down to bandwagon reasons. After all, what is a rapper from Compton going to tell you that you haven’t heard before eh? Oh, you do guns, drugs and gangbanging? Well, that’s new!

When I finally decided to try the album, it was like being hit round the head with my mum’s rolling pin. It was like nothing I have ever heard before, albeit some similarities to the earlier work of OutKast. Good Kid is a complete body of work, it takes a leaf from the NWA days and thrusts it straight into the modern day music era in terms of flow, delivery, rhythm and production. Lamar is not the ostentatious, self-important rapper that has essentially killed hip hop (cue Cash Money, MMG), but rather a man with a heavy story to get off his chest. He weaves an intricate fabric of narrative lyrics and speech skits interspersed with dynamic beat changes that create a vividly chilling and tragic depiction of Westcoast gangster debauchery.

The album’s centrepiece: ‘M.A.A.D. City’ is one of the most exhilarating pieces of hip hop ever committed to tape, where Lamar conjures up an orchestral war zone of dirty beats and raw lyrics culminating in an unexpected ode to Dr. Dre’s G-Funk trademark. When you think the song couldn’t get any better, it changes up beat and style, with an even more gratifying second half.

I feel this is what is needed to resurrect the death of hip hop. A different approach; a more sincere and personal touch to music, where the concentration is on providing value and personality rather than unnecessary gloating and quick catchphrases. Whilst listening to this type of album, we are not just entertained but also feel more educated.
Lamar’s honest representation of Compton hardship frustrated against a backdrop of economic disenfranchisement, substance abuse and religious epitaph, eloquently transports us into his dark and broken world. An experience that has been so lacking in hip hop recently. 8/10.

My Life in Words

My Life in Pictures

There was an error retrieving images from Instagram. An attempt will be remade in a few minutes.